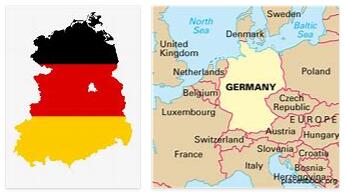 German theater, in the broader sense scenic presentations in German (German-speaking theater); in the narrower sense – from the formation of the idea of national  theater – linked to the idea of ​​Germany’s national identity.

On the threshold of the optical 19th century, Goethe’s lamented urge for sensual and true stage and lighting technology put pressure to reform. The deep-perspective backdrop stage was unable to satisfy the need for reality simulation, which had been nurtured by panorama operators since 1799, even in the recently diffuse light of the Argand lamp. What made this novelty possible were experiments with the closed room decoration introduced by F. L. Schröder in Hamburg for the representational realism of relevant genres (civil tragedy, family painting).

In contrast, the relief stage, which was largely propagated by the Prussian classicists, was doomed to failure. The illusion of a distant image, which, in the case of the relief stage, was created with optical means with an actually shallow stage set, and the intended devotion of the distant gaze, K. F. Schinkel was only able to partially transfer to the set system of his Berlin Royal Theater (1821). The deep proscenium frame, shown here as a viewing shaft, was extended to R. Wagner’sBayreuther Festspielhaus (1876) Instrument and aesthetic paradigm of an art-religious style will. With the transition to costly gas lighting, which began to take hold on large, mostly courtyard stages from 1826, depending on energy providers, the basic fact that the main mass of the light sources were in the auditorium remained unaffected. In addition, in addition to the risk of fire, there was the drowsy heating of the auditoriums. To a considerable extent, it was the cause of the significant increase in short-breath tension dramaturgies and machine surprise effects. Only the electric light, installed on a trial basis in the Berlin and Munich opera houses in Germany in 1882, made the old “scenery box” a thing of the past. The staging turning point meant the use of the all-round horizon, M. Reinhardt gave wings to his reputation as a “director magician” in Berlin in 1903. The auditorium, on the Bayreuth Festival Hill, was programmatically completely darkened, and for the most part remained in the graduated twilight for a long time.

With the bourgeois-liberal era after the wars of freedom and in the pre-March period and again promoted by the freedom of trade (1869), theater construction went through an economic boom, not least in connection with the popular genres dominating the market (operetta, revue). Berlin and Vienna became the dominant theater centers. Hamburg had to let the linguistically powerful tragedy Sophie Schröder move to Vienna in 1813; Breslau lost the demonic fire spirit L. Devrient to Berlin in 1814. With G. Meyerbeer, the cosmopolitan of the Grand Opéra, as General Music Director (1842–46), the Prussian capital even measured itself against Paris, the stronghold of technical-mercantile modernity in the theater industry. The Wilhelminian-era scenic historicism developed by Duke Georg II (Meininger) was intercepted in Berlin by O. Brahm, the leading director of naturalism and importer of the Viennese fin de siècle.

The economic problems of the Weimar Republic were offset by partial subsidies that v. a. politically endangered regions such as Upper Silesia and ambulatory state theaters benefited from ideologically competing visitor organizations. The theater of that time often used the abstractions of Expressionist lighting: the stairs, blood-red in L. Jeßner’s Berlin production of “Richard III.” (1920), the “white finger” of the spotlight, as B. Diebold (“Anarchy in Drama.” «, 1921). The broad amateur playmovement was wiped out in the National Socialist state, while the state and municipal subsidy system was expanded as an instrument of political control and propaganda.

The expulsion of the high proportion of Jewish theater workers after 1945, despite the return of leading emigrants such as F. Kortner, severely burdened the German theater and hindered its further development. Reflecting the socialist cultivation of inheritance in the GDR, B. Brecht was, despite heated controversies, after Shakespeare and Schiller the most played author in the Federal Republic of Germany until the early 1970s. In addition, the first performances of foreign plays that had previously been banned were rescheduled (J.-P. Sartre, T. Wilder, E. O’Neill, T. Williams).

Until the 1960s, true-to-original and psychologically dense classic productions as well as the Swiss playwrights F. Dürrenmatt and M. Frisch dominated the repertoire. In the GDR, P. Hack’s socially critical dramas, which later tended towards classicism, as well as V. Braun and H. Müller’s collage-like pieces and Shakespeare adaptations were created. With the documentary drama by P. Weiss, H. Kipphardt and R. Hochhuth the theater opened up to political engagement, in which National Socialism was also discussed for the first time (Hochhuth’s »Der Stellvertreter« 1963). In the course of the student movement and the protest against established bourgeois art, young directors no longer sought to reinterpret classical plays true to their works, but primarily to reinterpret them politically. They developed new material and new ways of playing for a director’s theater that rebelled against educated bourgeois conventions and that is still shaping the style today.

This movement gave rise to the alternative free theaters in the 1970s, which sought to break out of the rigid organization of public theaters, including: with new ways of playing, more open forms of work (“co-determination theater”), opening up new audiences for example through children’s and youth theater or through performances at unusual venues. Theater factories and others alternative (co-determination) models went hand in hand with the testing of alternative forms of representation and stage concepts. As in the case of the Berlin Schaubühne, their initially collective forms of work evolved into largely traditional theater companies.

The financial difficulties of the municipalities and states that began towards the end of the 20th century and increased with the beginning of the 21st century resulted in drastic cuts in subsidies for most German theaters. Measures against the threatened closure are, especially in the case of smaller houses, which are usually run as a three-branch operation (opera, drama, ballet), the cancellation of a branch or merger or cooperation in the form of co-productions or the exchange of plays. Today, an increasingly tight national budget is putting the German subsidized theater, which is admired around the world, to the test, not least with the consequence that within the framework of networks and national and international theater festivals (Festspiele) Economically more efficient production structures are created and artistic impulses have an impact on the city and state theater business.

At the beginning of the 21st century, theater work with people with disabilities (inclusion theater) and migrant backgrounds (intercultural theater) is also gaining in importance. A specific »school« cannot be determined based on the different staging concepts; The contemporary German-speaking theater is rather characterized by a variety of aesthetic concepts and forms. Aesthetically, there are competing conceptions of theater that sound out literary and music-dramatic texts in terms of performance (C. Peymann, P. Stein), only fragmentarily incorporate and develop dramas or other texts such as novels and film scripts (F. Castorf) and those that are related to performance seek the interface between scenic medium, event and public demonstration (C. Schlingensief).

In this so-called post-dramatic theater, the text is no longer the center or the central object of the performance, but only a component of many theatrical means up to staging exclusively with lay people as representatives of reality (Rimini Protocol) or the involvement of lay people in professional ensembles (e.g. the choir of Hartz IV recipients in Volker Lösch’s “The Persecution and Murder of Jean Paul Marat”, Hamburg Schauspielhaus 2010).