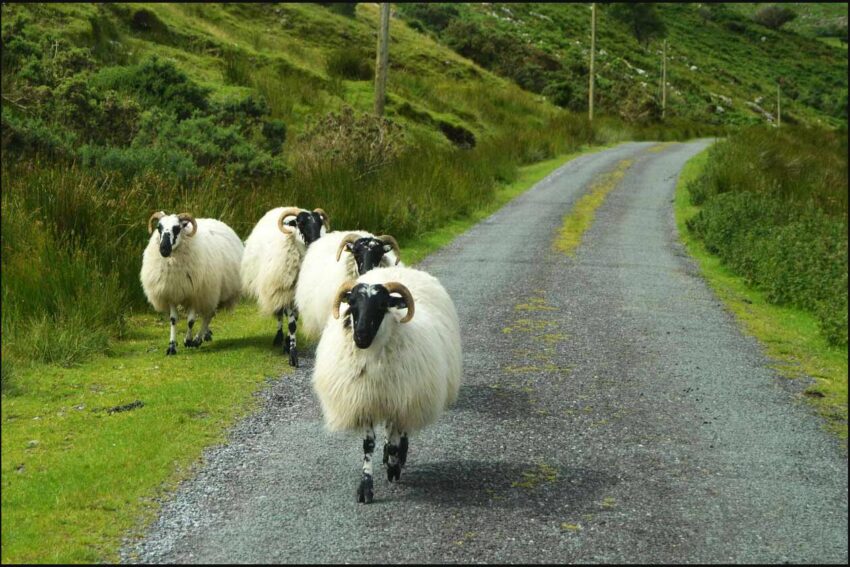 The green island takes you with it

Ireland is often nicknamed the Green Island, and it certainly is. Much of central Ireland is an agricultural area, a green lowland colored by many marshes and lakes. In the west of Ireland rise the coastal mountains, which in places are over a thousand meters high. Although the Irish countryside is beautiful and green, the Irish themselves are now an urbanized population, almost a third of whom live in the capital, Dublin. 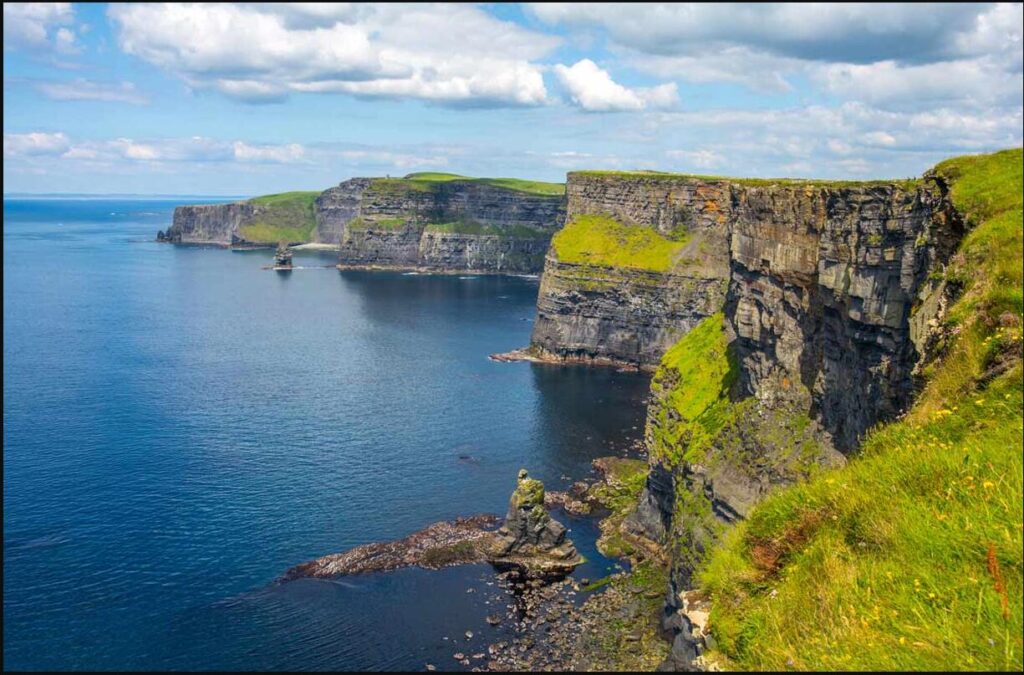 Irish history is marked by many difficulties and turmoil, but the locals are known as laid-back storytellers and music lovers. Ireland is often described as the land of saints and scholars, home to many famous writers such as WB Yeats, James Joyce and Oscar Wilde. In addition to storytellers, Ireland also disseminates music as a cultural contribution to the world. Internationally renowned Irish musicians include U2, Westlife, The Corrs and Sinead O’Connor.

Dublin is known for its relaxed pubs and nightlife.

The history of the green island

The first inhabitants arrived in Ireland about 8,000 years before the beginning of the era, and the Celtic tribes between 600 and 150 years before the beginning of the era. The Vikings traveled the shores of the island from the 8th century and the English, in turn, began to arrive in the 12th century. The English regime established itself in the country and began to cause problems in the 20th century. The Irish rebelled on many occasions, and the infamous example of the failed Easter Rebellion in 1916.

In the aftermath of the Easter Rebellion, guerrilla warfare escalated until the rebels got what they wanted: 26 southern counties became the Free State of Ireland in 1921. The victory was not complete, as six northern counties remained in the hands of the United Kingdom. Indeed, the Northern Ireland issue has eroded Ireland’s relations with Britain to this day.

Dublin, the capital of Ireland, is a personally beautiful city. Shopping is fun in the shopping paradises of Grafton Street, after which you can head to one of the numerous restaurants in the lively Temple Bar area. Although the town is full of historical sights, the most authentic Irish atmosphere can be found in the local pub.

A tour of the surrounding countryside reveals the full splendor of a green island: stunning meadow-like landscapes with sheep and charming little villages are guaranteed to be remembered. Ireland is a country that puts a smile on anyone’s lips.

Good to know about Ireland

Short for IE by abbreviationfinder, Ireland is a safe tourist destination, suitable for city travelers interested in history and culture as well as active travelers in nature. Tourists who enjoy nightlife and live music will especially love Dublin’s vibrant offerings.

As in native Finland, the days in Ireland are the longest and warmest in summer. So it’s no wonder that summers are touristly in high season – and prices are in line with that as well. If you want to save, you can explore Ireland in the winter, but keep in mind that not all attractions and places to visit are open in the winter. The best time to travel to Ireland is July or September, when the weather is average according to the averages and the largest crowds of tourists are not on the move. 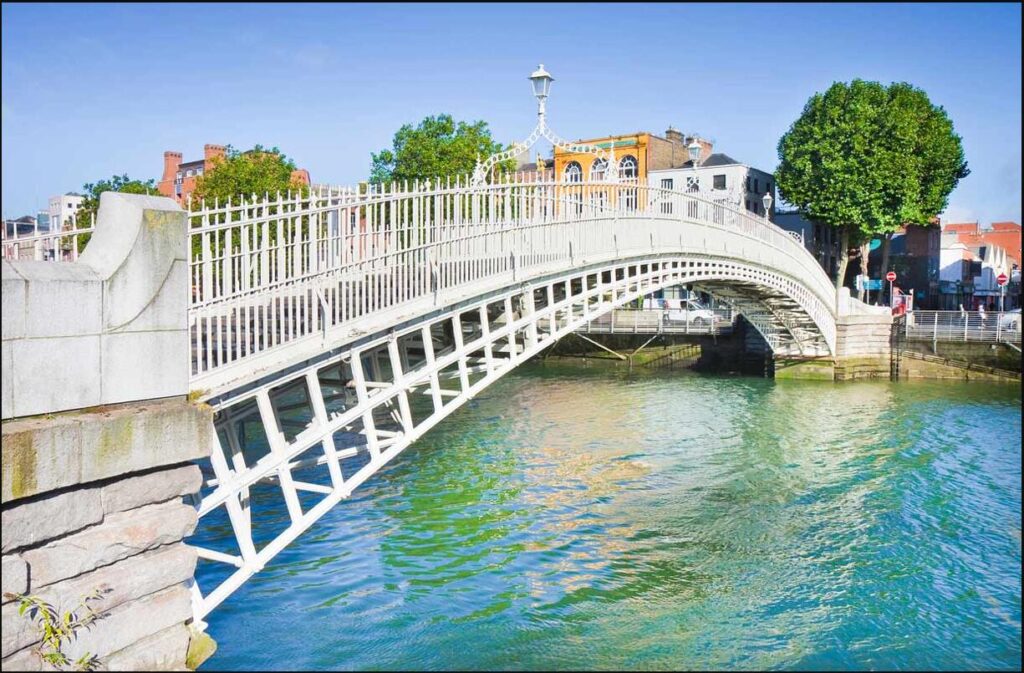 FLIGHTS, ACCOMMODATION AND MOVEMENT IN IRELAND

Sheep are a common sight in the Irish countryside.

The most direct flights were to Dublin

The easiest way to travel from Finland to Ireland is by direct flight from Helsinki to Dublin. The cities are operated by the Irish company Aer Lingus. Many domestic tour operators also offer city holiday packages to Dublin or tours of the Irish countryside. Round-trip flights from Helsinki to Dublin typically cost 200-300 euros. Prices vary widely and the final amount depends on the time of booking and travel. With possible connections, you can get there more cheaply, for example, by traveling through London.

Dublin Airport is about 10 miles (10 km) from the city center and is easily reached by a frequent airport bus.

In Dublin, there is plenty to choose from luxury hotels to hostels, but the most common places to stay in the countryside are bed and breakfasts. The price level in Ireland is about the same as in Finland, so it’s worth reserving a decent budget for accommodation.

By car you can even tour the whole island

During a city break in Ireland, you can get around on foot or by public transport, especially in Dublin, where the network is good and public transport is relatively smooth. Longer journeys by bus or train are also possible, but tickets can be quite expensive.

Renting your own car is definitely the best way to explore the Irish countryside and expand your holiday experience. Car holidays in Ireland are easy due to the short distances and good roads. During the drive you can admire the beautiful scenery with its cliffs, cliffs and beaches at your own pace. 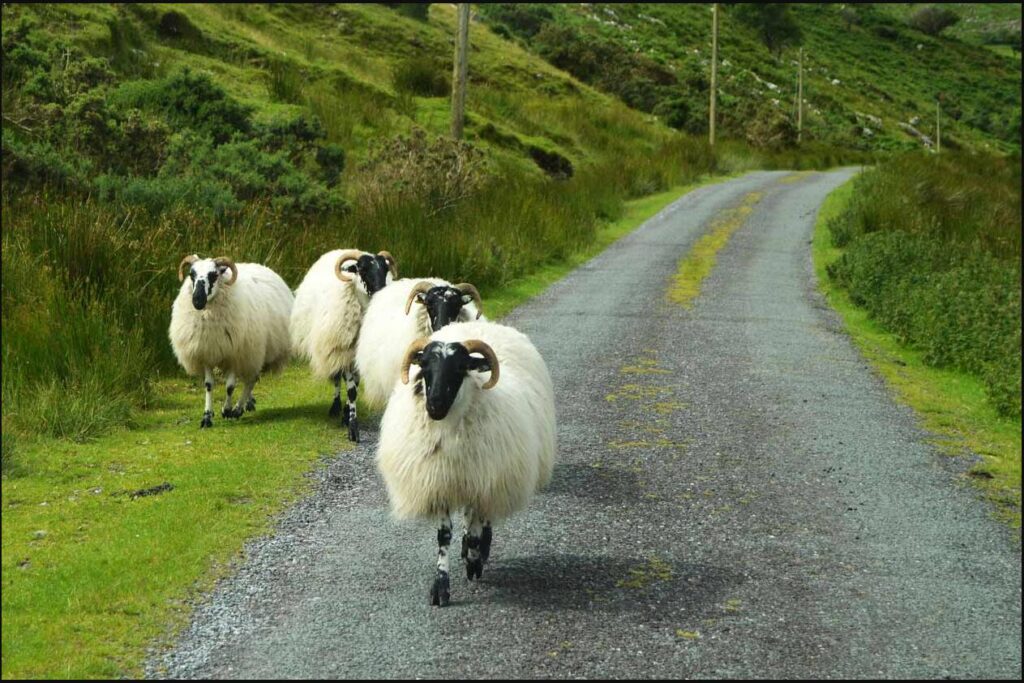