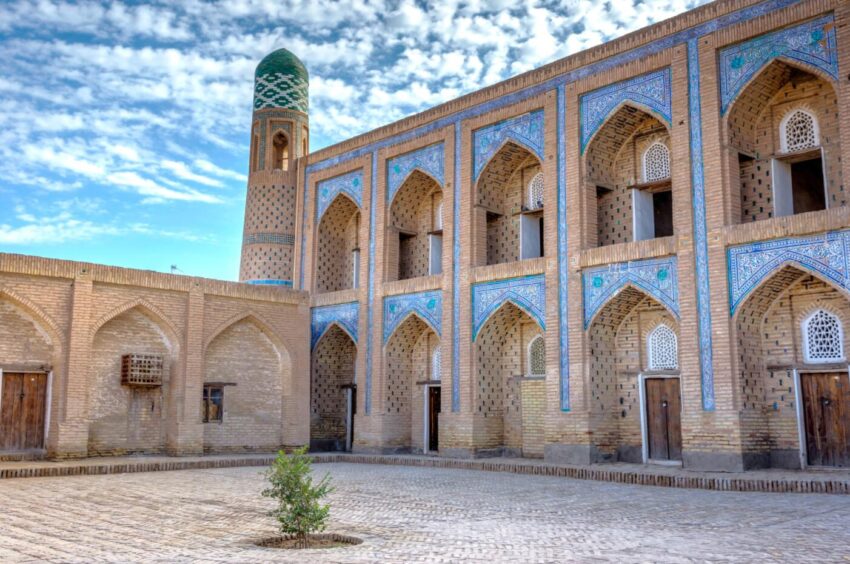 On our tour of Central Asia, you will experience the oasis cities of the ancient Silk Road with their historical sights, undulating deserts, bustling bazaars and snow-capped mountains.

The tour of Uzbekistan, Kazakhstan and Kyrgyzstan combines the finest attractions of three Central Asian states, from the glorious architecture of Samarkand and Turkestan World Heritage Sites to the most modern hustle and bustle of Almaty, Tashkent and Bishkek, and the Issyk Kul mountain lake, the

Overnight flights from Finland to Central Asia, Bishkek, the capital of Kyrgyzstan.

Arrival in Bishkek. Today we travel about five hours drive (250km) east of Bishkek. Along the way, we visit Burana’s old minaret as well as a traditional Kyrgyz equestrian show before arriving at the Issyk Kul salt lake, surrounded by beautiful mountain scenery, which was a popular holiday destination in Soviet times. Issyk-Kul is located at an altitude of 1,600 meters above sea level and is the second largest mountain lake in the world. we spend the night in Cholpon-Ata, on the north shore of the lake. (A)

ACCOMMODATION IN
HOTEL RADUGA OR SIMILAR

We will get to know the historical sights of Cholpon-Ata in the prehistoric open-air museum, where we can admire e.g. about 4,000 years old cave paintings in the area. We also take a boat trip on the lake for about an hour. After admiring the scenery of Lake Issyk Kul, we return to Bishkek for the evening. (A)

After breakfast, we will take a city tour of Bishkek. In the afternoon we will transfer by car (250km, approx. 5h) across the border to the Kazakh side and further to the city of Almaty, where we will stay. Kazakhstan is by far the largest of the Central Asian states, and Almaty, formerly known as Alma-Ata, is the largest city in the country. It was also the capital of the country before the title was transferred in the late 1990s by presidential order to Astana, further north, which has recently been renamed Nur-Sultan – after the first name of the same president. (A)

ACCOMMODATION AT
KAZZHOL HOTEL OR SIMILAR

A full day of sightseeing in and around Almaty, including the late 19th-century cathedral, bazaar, central square and Kök-Tobe hill, with great views of the city and Tienshan mountains in good weather. We also visit the Medeo skating stadium in the mountains outside the city. (A)

ACCOMMODATION AT
KAZZHOL HOTEL OR SIMILAR

After breakfast, we check out of the hotel and go on a day trip to the Tiananmen Mountains. Our destinations are Lake Issyk and the Turgen mountain pass 90 km (approx. 1.5 hours) from Almaty. Both areas belong to the Ile-Alatau National Park. After refreshing in the mountain nature, we return to Almaty and board the night train to the west and Shymkent. (A)

Arrival in Shymkent in southern Kazakhstan early in the morning. We drive across the semi-desert to the city of Turkistan, home to the magnificent mausoleum of Hodzhi Ahmed Yasavi, the founder of Sufi Islam. Along the way, we will also visit the ruins of the city of Otrar, which was destroyed by the Mongol conquerors. We stay in Shymkent.

Today, it is time to move from Kazakhstan to Uzbekistan. After stamping border formalities and passports to the capital of Uzbekistan, Tashkent, where we are staying. Rest day free time. (A)

After breakfast, transfer to the train station and a high-speed train ride to Samarkand, the most famous historic city in Central Asia. The nearly 3,000-year-old Samarkand is the oldest city in Central Asia and one of the largest centers of the Silk Road. Destroyed by Genghis Khan in the 13th century, the city flourished again in the 14th century, the capital of the kingdom of the national hero of Uzbekistan, Timur Lenk. In the afternoon we will explore the numerous historical sites of Samarkand. (A)

We will continue to get acquainted with Samarkand’s fine historical world heritage sites. the famous Registan Square, the Mausoleum of Timur Lenk, the Bibi Khanym Mosque from the 16th century, and the Ugulbek Astronomical Observatory from the 15th century. (A)

After breakfast, transfer to the train station and express train back to Tashkent, where we will take a guided tour of the older parts and monuments of the Uzbek capital. (A)

Early transfer to the airport and return flights to Finland.

For train ticket bookings for this trip, we need a picture or a copy of your passport personal information page. You can send it to us after booking the trip by e-mail (eg as a jpg or pdf file) or by post to our office.

Check that your basic vaccinations are valid during the trip. Hepatitis A vaccination is recommended for all travelers to Central Asia.

The currency of Kazakhstan is Tenge (KZT), Somali Som (UZS) and Kyrgyz Som (KGS). The local currency cannot be exchanged in Finland. Euros or dollars can be exchanged for local currency at banks, hotels and currency exchange points. ATMs are used in large cities and can also be used to withdraw US dollars with international credit cards. Credit card payments are rare in the region.

The price of the trip includes breakfast according to the daily program. You can reserve spending money for other meals and tip expenses for the trip, approx. 30 € / day. Also remember the visa costs.

The climate in Central Asia is continental and largely dry. Temperature differences are large. Winters are cold and snowy, especially in mountainous areas, while summers are extremely hot, especially in desert areas. Spring and autumn are the best times to travel to Central Asia. 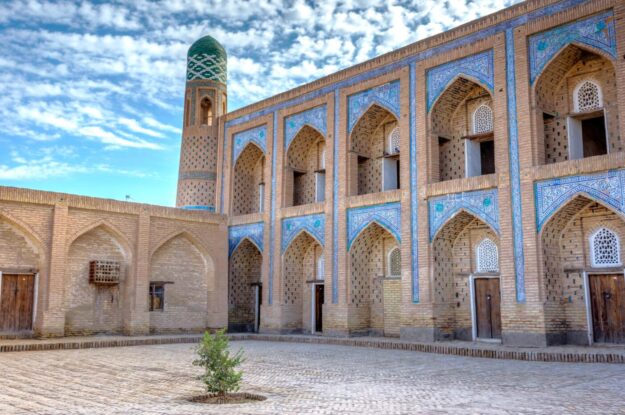