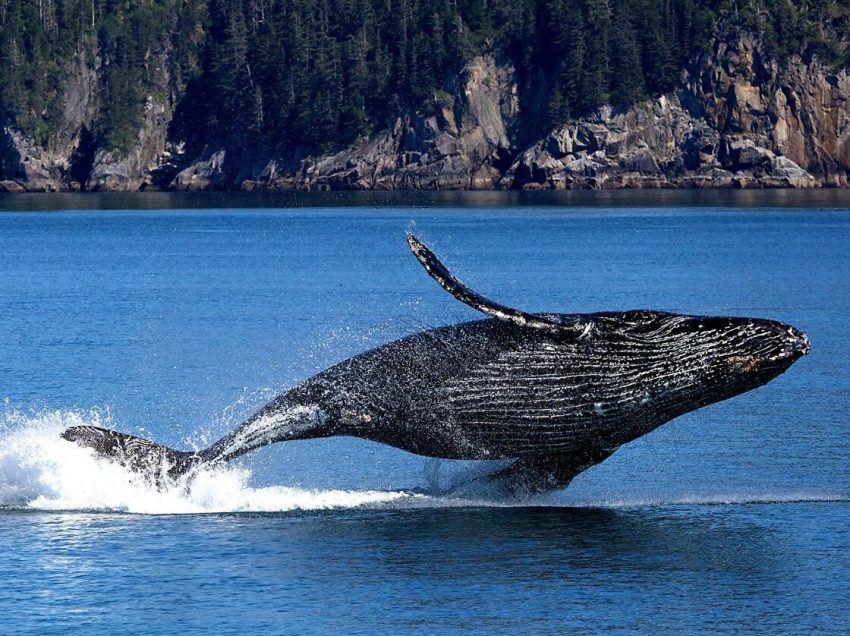 Alaska, the land of untouched nature, the many glaciers and wildlife is nicknamed The Last Frontier and is the largest state in the United States of America. Surrounded by the Bering Sea, the Arctic Ocean and the Pacific Ocean, Alaska borders Canada and has a population of 780,000. Southeastern Juneau is the capital of Alaska, but the state’s largest city is Anchorage. See all cities in Alaska. During your vacation in Alaska, you will be amazed. The mountains and glacier are high and mighty, while the fjords are the deepest in all of North America. During the car ride you drive for hours on empty roads with the occasional village, but the beautiful views and wildlife make up for everything.

Alaska is the largest state in the United States and is located 80 kilometers from Russia. Alaska is a gigantic peninsula with a coastline that is longer than all US states combined. Like several places, the capital Juneau is also not accessible by road. Alaska borders the seas, the Chukchi Sea, Bering Sea, Beaufort Sea, and the Pacific Ocean. On land, it borders the Canadian provinces of British Columbia and Yukon. Alaska is 1,600 kilometers from north to south and 3,700 kilometers from east to west. The Aleutian Islands, much of which belong to Alaska, extend up to 2,500 into the Pacific Ocean. Alaska has many great natural parks, such as Glacier Bay National Park, Gates of the Artic National Park, Denali National Park, and Wrangell St. Elias National Park. The highest point in Alaska is the 6.

Alaska was discovered in 1741 by a Russian expedition led by the Dane Vitus Bering. In the 18th century, British, Spanish and French expeditions arrived on the coast, but it was the Russian-American Company, founded by the powerful Alexander Baranof, that founded the first settlement. Fearing that the area would fall into British hands, the Russians sold it to the United States in 1867 for $7.2 million. In 1884 Alaska became a territory with its own governor, but it wasn’t until 1912 that the area got its own legislative assembly. Alaska played an important strategic role in World War II. A constitution was enacted in 1955 and in 1959 the area joined the United States of America as the 49th state.

The state was hit by one of the worst earthquakes in history in 1964. In 1989, Alaska’s worst oil spill occurred when the oil tanker Exxon Valdez, loaded with petroleum, ran onto a reef just outside Valdez Harbor and tore open. Nearly 1800 km of coast was covered with a thick layer of oil, killing hundreds of thousands of animals in the area (250,000 seabirds and about 3000 sea otters). Even 10 years later, many animal species had not yet fully recovered.

Alaska’s largest economic sector is the oil and gas industry. The large reserves of oil and gas are extracted from Prudhoe Bay and stored in the National Petroleum Reserve. From here a pipeline runs to Valdez, from where it is transferred to oil tankers. Because transportation costs in Alaska are so high and there is almost no agriculture, food and consumer products are much more expensive than in the rest of the United States. Alaska is also quite expensive as a vacation destination, which means that tourists come here in large numbers. 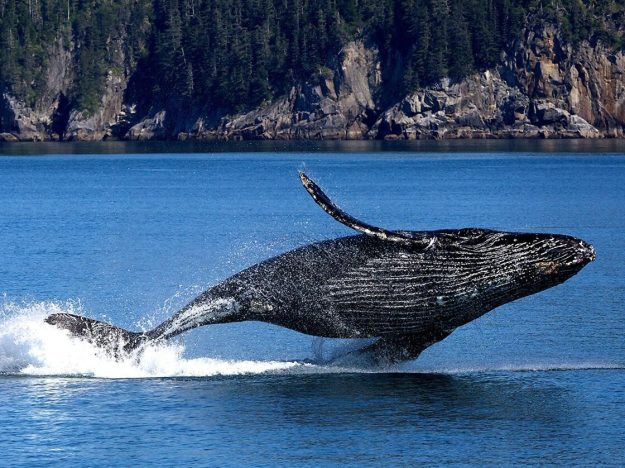 Noatak National Preserve is another piece of Alaskan unspoilt landscape covering an area of 2,660,811 hectares. The reserve was declared in 1978 and is essentially a mountain basin bordered by mountains.

Noatak National Preserve, together with the neighboring Gates of The Arctic and Kobuk Valley National Park, is one of the largest protected areas in the world. The reserve boasts an intact ecosystem and there are unique species of plants and animals. Here you can come across brown bears, caribou reindeer, moose, wolves, foxes, wolverines, river otters and countless species of water birds. Noatak is the place with the largest occurrence of Dall sheep in all of Alaska.

The Nenana River, which has been declared a major biosphere reserve, flows through the area as one of the least disturbed ecosystems in the world. The river provides a great opportunity for lovers of rafting, kayaking and canoeing. Lowlands stretch along the river, the terrain is open and easily accessible. You can observe wild animals undisturbed, which will be appreciated especially by naturalists and photographers. Nenana is home to 20 species of fish, including four species of salmon. Many of these fish are an important source of livelihood for the locals.

Official camps can only be reached by speedboat. The climate in the reservation is quite rainy, strong gusts of wind are not uncommon. Summers here are short and mild, while winters are long, harsh with extreme temperatures. In addition, there is only about an hour of daylight during the winter, otherwise this part of Alaska is constantly immersed in darkness.

Tourists who are going to this area should therefore be equipped with high-quality, warm and, most importantly, waterproof clothing. You must not miss quality shoes, if you go to wet terrain, you will also need fishing shoes.